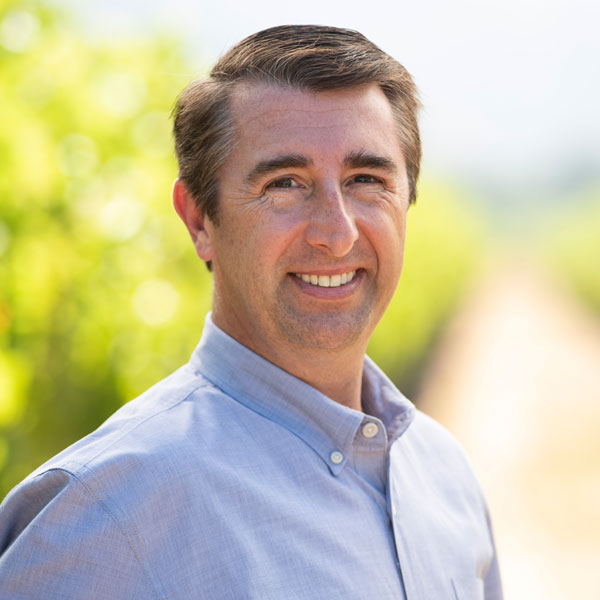 Robert (Bob) Aldridge joined the St. Francis team in 2002 as the Chief Financial Officer and Chief Operating Officer. His extensive background in finance started at General Electric Company (GE) in 1989 after he graduated from Siena College in Albany, New York with a bachelor of science in Finance and concentrations in Mathematics and Accounting.

Bob quickly moved up the ladder at GE holding positions over the years including, Manager of Competitive Analysis and Manager of Finance for Mergers, Acquisitions and Business Development. During this time, Bob also graduated from GE’s rigorous Experienced Financial Leadership Program which included executive courses at Wharton, Kellogg and Harvard. At the time, Bob was one of the youngest managers within the company. In 1999, Bob was promoted to the Executive level (top 10%) of the General Electric Company.

After joining the winery in 2002, Bob became a level 1 Sommelier by passing the exams given by the Court of Master Sommeliers in San Francisco. Fascinated by the whole wine growing process, Bob enrolled at UC Davis and graduated from their 2 year Viticulture and Enology extension program.

Bob’s vast work experience has been a great asset to the St. Francis team. Bob drives the strategic business goals into clear tactical actions and runs the operating side of the business. Bob has always been on the forefront of cultivating a work culture defined as friendly and positive supported by ownership, teamwork and a drive for excellence. In 2011, Bob was named Leading CFO of the North Bay by the North Bay Business Journal.

Bob appreciates all aspects of the wine business including taking in the view from the top of our Lagomarsino Estate Vineyard and tasting wines and comparing blends with the winemakers. He also enjoys spending time with his wife Tracey and their two children, Jack and Elena.