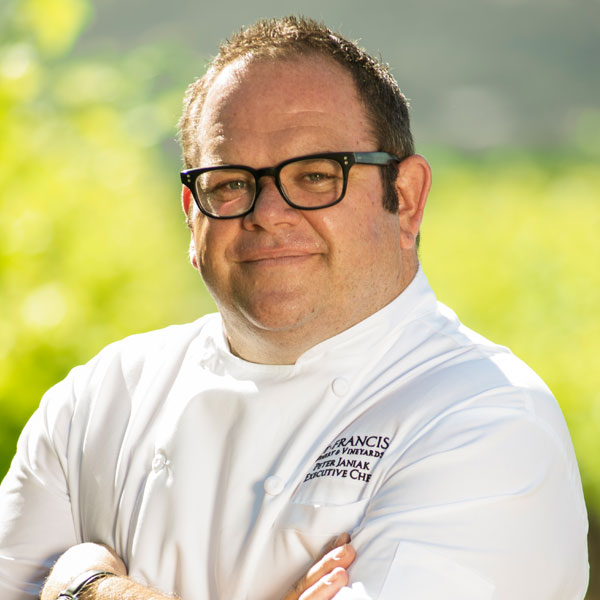 Peter grew up in the small town of Dartmouth, MA with its bountiful farms and coastal vineyards, where the celebration of food and wine was of the utmost importance in the community. He first entered the world of Culinary Arts and Hospitality after graduating from Providence College. Peter started working for a small winery in Little Compton, RI, assisting Executive Chef Ana Sortun. It was Chef Sortun’s mentorship that emboldened Peter to attend New England Culinary Institute in Road Town, Tortola, British Virgin Islands.

Upon completion of his culinary academia, Peter moved to the Pacific Northwest to work for Chef Cory Schreiber of Wildwood Restaurant in Portland, OR. It was here that Peter rediscovered his appreciation for sourcing ingredients both locally and seasonally. Peter’s relationships with local farmers and fishmongers granted him access to ingredients of the highest quality, influencing a “sense of place” in his cuisine.

Soon after, Peter moved to San Francisco where he worked at distinguished restaurants such as Boulevard and Presidio Social Club where he took on the role of Executive Chef. It was not long before he took notice of the beauty and bounty found just north of the city in Sonoma County. With its legendary agricultural heritage, unparalleled access to the highest-quality meats, cheeses, seafood, and of course wines, it made perfect sense to Peter to make this his new home.

Peter began working in Sonoma County in 2011 as the Executive Chef at Seghesio Family Vineyards where he developed a California certified charcuterie program, curing his own specialty meats for wine pairings. His passion for California Zinfandels drove the direction of his creative food and wine programs and earned him the position of Culinary Director at Crimson Wine Group, Seghesio’s parent company.

Chef Janiak’s unique epicurean style explores the wide range of fresh ingredients found in Sonoma County, creating remarkable cuisine perfectly catered to our award-winning wines. His self described “rustic-chic” approach will maintain an authentic familiarity with our already celebrated culinary programs while elevating our wine-inspired experiences to the next level.